There are plenty of things that annoy me about our society but there is one thing that really gets my goat and that’s inequality. As a female IT nerd person it is the gender inequality strain of this that affects me the most. And today my rage is pointing firmly towards you. Why is it that in 2015 we still can’t get females equally represented in BBC broadcasting? I am, of course, talking about the shameful display of gender inequality in the CBeebies program the Octonauts.

This sexist fleet of under water heroes is the current obsession of my three year old girl/boy twins and in turn it is a current obsessional annoyance of my own that the 3 main protagonists in it are all male. The program starts off thus:

Bam! Right from the get go we’re shoving three male heroes in our kids’ faces. Why did you decide to make all of them male? Why is the most highly educated Octonaut, Professor Inkling, male? And indeed, why is that only 2 of the 7 gendered characters (the Vegimals appear to be gender neutral) female? The only female characters that appear in the program are Dashy, who apparently ‘oversees operations ..monitors the computer systems and manages all ship traffic’, but in reality is seen taking the odd photo and pressing a few computer buttons occasionally. And Tweak, the ‘ship engineer’ who has the most annoyingly bad fake american(?) accent you’ve ever heard, making you want to kill her whenever she appears fleetingly to say “you got it Cap!” dutifully to Captain Barnacles. It seems you’ve tried to give the females non-gender biased (perhaps even ‘stereotypically male’) roles (computers and engineering) but in excluding them from the opening sequence and giving them less air time you’ve effectively relegated them in the ship’s hierarchy. It feels like you think you’re ticking diversification boxes by having females with techy jobs (and I’m not belittling those jobs), but why isn’t Captain Barnacle female? All you’ve got to do is lose the tache, give her a female voice and maybe a bit of hair and you’re done. Professor Inkling? Lose the tache! Do you see how easy it is? And surely it’s a no brainer to always have equal numbers of male and female characters?! I mean come on.

Our society needs more women in higher roles within organisations for it to work as well as it can and as a key source of education and influence it is the BBC’s responsibility to promote that through role models in your programmes. This is so obvious to me, and I’m astounded that in this day and age the BBC still fails to hit the mark. Through programmes like these you’re still setting poor stereotypes early on in a child’s life. If we can’t get it right there, what chance have we got of changing the order of things in society as a whole?

Please do better. Now cue the race and sexual orientation inequality police for their take on things.

Yours, Kate Woodroffe.
An infuriated Mother of boy/girl twins who is trying desperately (against the tide) to raise her children with equal expectations of what they can achieve.

Joni’s Word of the Week

This week's word is "Mergency".

Frank’s phrase of the week

This week's phrase is "No please".

As in "Would you like some carrots Frank?" "No please." 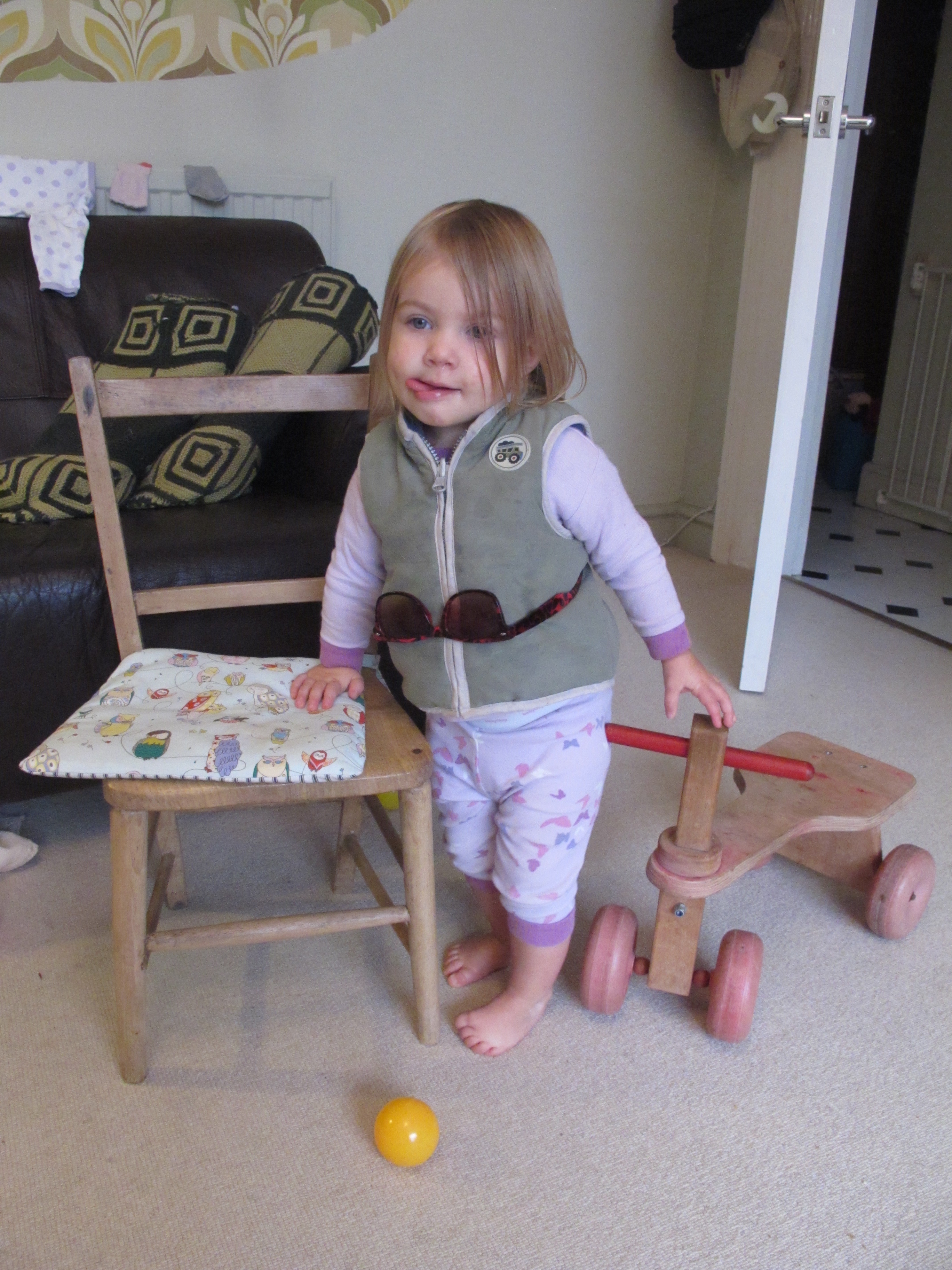 Today Joni displays a casual, yet classy ensemble featuring a pair of retro sunglasses on her midriff to give her the 'illusion of curves'.